For alternative ways to install it, see the manual which covers installing with Scoop, Corepack, npm or without managers with a standalone script.

Now we head to the usage instructions. Here we can see that pnpm is used just like npm, but with some minor differences:

With these differences in mind, let’s modify Shopware’s build commands, shall we? 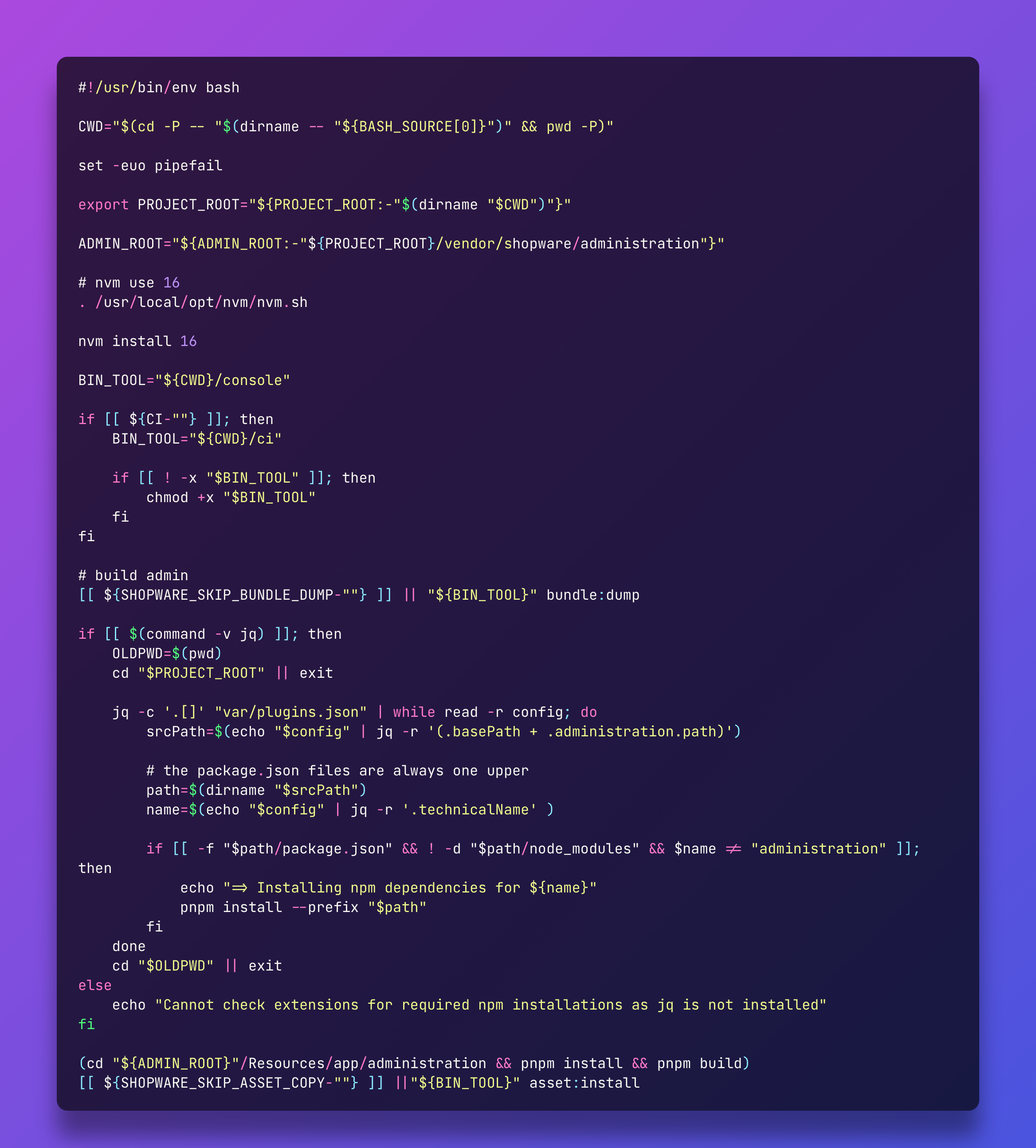 Let’s go over the modifications, once. If you use nvm to install NodeJs and switch between versions, you can (optionally) tell Shopware to use the recommended version.

Now when re execute this, like we usually would, the first run will be as slow as a regular run with npm as pnpm does its magic. It does an in-depth analysis of your requirements and their dependencies and actually downloads the packages to its store.
After that you will actually see the improvements in performance.

Here’s a gist, which has all the optimised build and watch scripts.

© 2022 Powered by Wordpress and PicoCSS.